Fight Lyme Disease the Way the ARMY Does 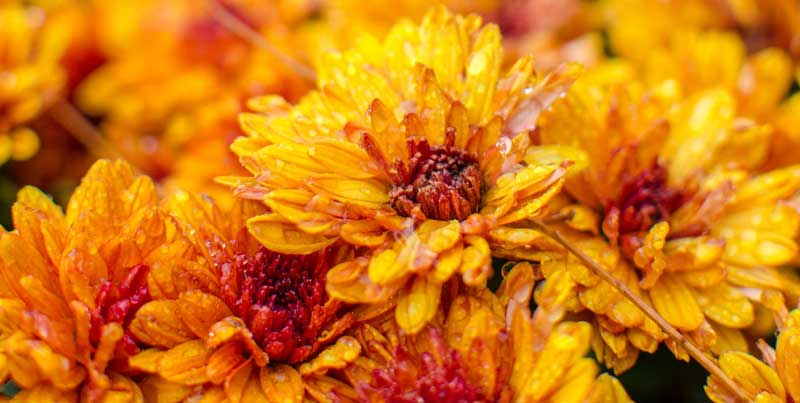 Just When You Thought you Could Go Outside — It’s Lyme Disease Season 2021!

While Lyme disease cases are rising in the general civilian population, they are falling in active military units. What does the military know that your public health department does not?

What does not work is the conventional wisdom — wearing light-colored clothing, long-sleeved shirts, tucking pants into socks, staying in the middle of trails, and frequent application of DEET. It is wishful thinking.

The peak incidences of Lyme disease are in children and the elderly — two groups whom conventional wisdom does not get much traction. Complicated preventive steps, behavior modification, and mindfulness are do not work for these groups. Compliance falls radically with the more steps you ask a patient to remember.

What the Military Learned

The ARMY, in 1994, was confronted by a rising incidence of Lyme cases and conflicting advice about how to respond. They discarded the conventional wisdom. The military approach was fail-safe — the only good tick was a dead tick. They found, right weapon, in of all places, a flower.

Chrysanthemums contain pyrethrum, a natural insecticide that quickly kills ticks and mosquitoes. If you plant chrysanthemums around the perimeter of your yard, when they start blooming in late summer, the number of ticks in your yard will drop. In 1973, chemist Michael Eliot modified pyrethrum to be stable in sunlight and named it permethrin. Two million pounds were manufactured last year for agricultural use, including raising organic foods. It is the treatment of choice for scabies in children and pregnant mothers. The Army asked the National Research Council to evaluate the safety of uniforms treated with permethrin.

The National Research Council’s report could not be more explicit. Permethrin is safe. A soldier can wear his/her combat uniform 18 hours a day, seven days a week, for 35 years (230,000 hours) without toxicity. The NRC estimated the major adverse effect would be a rash, but an actual number was too low to calculate.

The application of permethrin to clothing is undetectable. Hunters use it because it has no scent. It does not have a texture. Your children will not know you treated their favorite sneakers, socks, and blue jeans. I treated my daughters silk dress and she was none the wiser. Home-treated garments remain protective for six washings.

Everything has some degree of risk. I have participated in the evaluation of industrial and pharmaceutical reagents for several decades. Permethrin is astoundingly low risk. Elmite, a treatment for scabies, contains 5% permethrin, and is considered safe for children and pregnant women.

Do not be put off by the container of spray permethrin. The bottle is yellow and black, the same color scheme for roadside hazards, radioactive materials, and toxic waste. Really? There are no reports of respiratory, gastrointestinal, central nervous system, or cardiac sensitivity. The International Agency for Research on Cancer (IARC) found no evidence of carcinogenicity. The container has EPA warnings, but 0.5% permethrin is not an agricultural product The EPA considers permethrin below its “Level of Concern.”

The only mammal with sensitivity to permethrin is the cat, but a reaction only occurs when cats are exposed to 45% permethrin made for dog tick treatments. Dr. Charlotte Means at the ASPCA Animal Poison Control Center states. “It’s the dose that is the problem. The concentration of permethrin in household sprays is much lower — (90 times lower) typically less than 1 percent — and rarely causes problems with cats.”

For comparison purposes, permethrin is less toxic than Windex, Formula 409, or glue. Contrast this with suntan lotion, whose active ingredients — avobenzone, oxybenzone, octocrylene, and ecamsule — are absorbed into the skin at levels with possible cancer risk, says David Straus of the FDA.

Out in the field, the not-so-secret weapon is permethrin-treated fabric. In 2011, the German army introduced permethrin-treated clothing and reduced daily tick counts by 99%. In 2016, forest rangers in North Carolina had an 80% reduction of ticks seen on daily inspections. In 2018, the medical unit at West Point reported that active service members on field maneuvers 24 hours a day wearing permethrin-treated battle uniforms had half the risk of Lyme disease as their service family members who lived on base.

The Choice is Yours!

You can wear clothing treated with permethrin, which will lower the risk of Lyme by 50%, Spray it on your children’s socks, shoes, and jeans and they will be none the wiser, but far safer. The same treated fabric kills mosquitoes, chiggers, mites, and many other insects. Not to apply permethrin to your families clothing increases their risk catching Lyme disease which may lead to neurologic, muscular, immune, and cardiac complications that can last for years. I was taught never to accept a bet I could not afford to lose.

Spray clothes until damp and hang to dry. Clothes will remain protective for up to 6 washings. The gentle cycle is best since agitation can separate permethrin from the fabric. Or you can buy professionally treated clothing from suppliers such as LL Bean that last for up to 70 washes.

A Population-Based Investigation of Health Outcomes in Active Duty Army Service Members Before and After Requirement For Full-Time Wear of Permethrin-Treated Uniforms (USARIEM #17-22H; MRDC #M-10683)