Finally: An Explanation of Autism 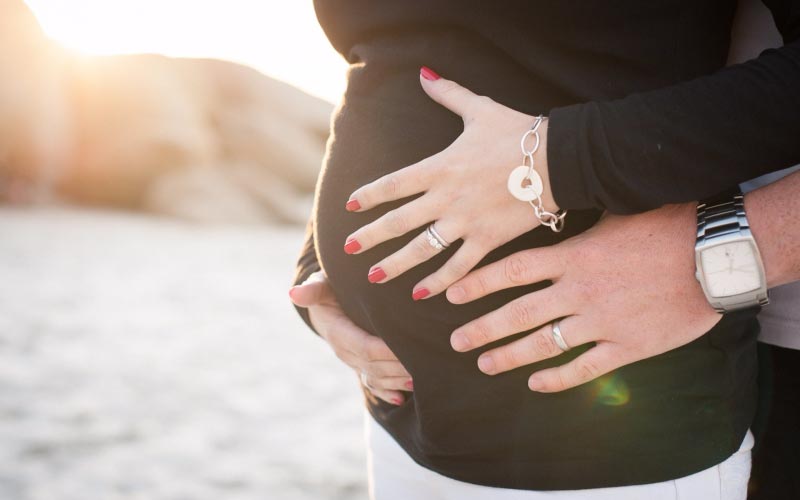 Finally: An Explanation of Autism

I have reprinted an opinion piece from The New York Times. It traces a significant part of the autism epidemic to inflammation of the immune system. The same system that fights infection attacks the developing brain of the child before birth, though the damage is only obvious as the child develops.

An Immune Disorder at the Root of Autism

In recent years, scientists have made extraordinary advances in understanding the causes of autism, now estimated to afflict 1 in 88 children. But remarkably little of this understanding has percolated into popular awareness, which often remains fixated on vaccines.

So here’s the short of it: At least a subset of autism — perhaps one-third, and very likely more — looks like a type of inflammatory disease. And it begins in the womb.

It starts with what scientists call immune dysregulation. Ideally, your immune system should operate like an enlightened action hero, meting out inflammation precisely, accurately and with deadly force when necessary, but then quickly returning to a Zen-like calm. Doing so requires an optimal balance of pro- and anti-inflammatory muscle.

In autistic individuals, the immune system fails at this balancing act. Inflammatory signals dominate. Anti-inflammatory ones are inadequate. A state of chronic activation prevails. And the more skewed toward inflammation, the more acute the autistic symptoms.

Nowhere are the consequences of this dysregulation more evident than in the autistic brain. Spidery cells that help maintain neurons — called astroglia and microglia — are enlarged from chronic activation. Pro-inflammatory signaling molecules abound. Genes involved in inflammation are switched on.

These findings are important for many reasons, but perhaps the most noteworthy is that they provide evidence of an abnormal, continuing biological process. That means that there is finally a therapeutic target for a disorder defined by behavioral criteria like social impairments, difficulty communicating and repetitive behaviors.

But how to address it, and where to begin? That question has led scientists to the womb. A population-wide study from Denmark spanning two decades of births indicates that infection during pregnancy increases the risk of autism in the child. Hospitalization for a viral infection, like the flu, during the first trimester of pregnancy triples the odds. Bacterial infection, including of the urinary tract, during the second trimester increases chances by 40 percent.

The lesson here isn’t necessarily that viruses and bacteria directly damage the fetus. Rather, the mother’s attempt to repel invaders — her inflammatory response — seems at fault. Research by Paul Patterson, an expert in neuroimmunity at Caltech, demonstrates this important principle. Inflaming pregnant mice artificially — without a living infective agent — prompts behavioral problems in the young. In this model, autism results from collateral damage. It’s an unintended consequence of self-defense during pregnancy.

Yet to blame infections for the autism epidemic is folly. First, in the broadest sense, the epidemiology doesn’t jibe. Leo Kanner first described infantile autism in 1943. Diagnoses have increased tenfold, although a careful assessment suggests that the true increase in incidences is less than half that. But in that same period, viral and bacterial infections have generally declined. By many measures, we’re more infection-free than ever before in human history.

Better clues to the causes of the autism phenomenon come from parallel “epidemics.” The prevalence of inflammatory diseases in general has increased significantly in the past 60 years. As a group, they include asthma, now estimated to affect 1 in 10 children — at least double the prevalence of 1980 — and autoimmune disorders, which afflict 1 in 20.

Both are linked to autism, especially in the mother. One large Danish study, which included nearly 700,000 births over a decade, found that a mother’s rheumatoid arthritis, a degenerative disease of the joints, elevated a child’s risk of autism by 80 percent. Her celiac disease, an inflammatory disease prompted by proteins in wheat and other grains, increased it 350 percent. Genetic studies tell a similar tale. Gene variants associated with autoimmune disease — genes of the immune system — also increase the risk of autism, especially when they occur in the mother.

In some cases, scientists even see a misguided immune response in action. Mothers of autistic children often have unique antibodies that bind to fetal brain proteins. A few years back, scientists at the MIND Institute, a research center for neurodevelopmental disorders at the University of California, Davis, injected these antibodies into pregnant macaques. (Control animals got antibodies from mothers of typical children.) Animals whose mothers received “autistic” antibodies displayed repetitive behavior. They had trouble socializing with others in the troop. In this model, autism results from an attack on the developing fetus.

But there are still other paths to the disorder. A mother’s diagnosis of asthma or allergies during the second trimester of pregnancy increases her child’s risk of autism.

Debate swirls around the reality of the autism phenomenon, and rightly so. Diagnostic criteria have changed repeatedly, and awareness has increased. How much — if any — of the “autism epidemic” is real, how much artifact?

YET when you consider that, as a whole, diseases of immune dysregulation have increased in the past 60 years — and that these disorders are linked to autism — the question seems a little moot. The better question is: Why are we so prone to inflammatory disorders? What has happened to the modern immune system?

There’s a good evolutionary answer to that query, it turns out. Scientists have repeatedly observed that people living in environments that resemble our evolutionary past, full of microbes and parasites, don’t suffer from inflammatory diseases as frequently as we do.

Generally speaking, autism also follows this pattern. It seems to be less prevalent in the developing world. Usually, epidemiologists fault lack of diagnosis for the apparent absence. A dearth of expertise in the disorder, the argument goes, gives a false impression of scarcity. Yet at least one Western doctor who specializes in autism has explicitly noted that, in a Cambodian population rife with parasites and acute infections, autism was nearly nonexistent.

For autoimmune and allergic diseases linked to autism, meanwhile, the evidence is compelling. In environments that resemble the world of yore, the immune system is much less prone to diseases of dysregulation.

Generally, the scientists working on autism and inflammation aren’t aware of this — or if they are, they don’t let on. But Kevin Becker, a geneticist at the National Institutes of Health, has pointed out that asthma and autism follow similar epidemiological patterns. They’re both more common in urban areas than rural; firstborns seem to be at greater risk; they disproportionately afflict young boys.

In the context of allergic disease, the hygiene hypothesis — that we suffer from microbial deprivation — has long been invoked to explain these patterns. Dr. Becker argues that it should apply to autism as well. (Why the male bias? Male fetuses, it turns out, are more sensitive to Mom’s inflammation than females.)

More recently, William Parker at Duke University has chimed in. He’s not, by training, an autism expert. But his work focuses on the immune system and its role in biology and disease, so he’s particularly qualified to point out the following: the immune system we consider normal is actually an evolutionary aberration.

Some years back, he began comparing wild sewer rats with clean lab rats. They were, in his words, “completely different organisms.” Wild rats tightly controlled inflammation. Not so the lab rats. Why? The wild rodents were rife with parasites. Parasites are famous for limiting inflammation.

Humans also evolved with plenty of parasites. Dr. Parker and many others think that we’re biologically dependent on the immune suppression provided by these hangers-on and that their removal has left us prone to inflammation. “We were willing to put up with hay fever, even some autoimmune disease,” he told me recently. “But autism? That’s it! You’ve got to stop this insanity.”

What does stopping the insanity entail? Fix the maternal dysregulation, and you’ve most likely prevented autism. That’s the lesson from rodent experiments. In one, Swiss scientists created a lineage of mice with a genetically reinforced anti-inflammatory signal. Then the scientists inflamed the pregnant mice. The babies emerged fine — no behavioral problems. The take-away: Control inflammation during pregnancy, and it won’t interfere with fetal brain development.

For people, a drug that’s safe for use during pregnancy may help. A probiotic, many of which have anti-inflammatory properties, may also be of benefit. Not coincidentally, asthma researchers are arriving at similar conclusions; prevention of the lung disease will begin with the pregnant woman. Dr. Parker has more radical ideas: pre-emptive restoration of “domesticated” parasites in everybody — worms developed solely for the purpose of correcting the wayward, postmodern immune system.

Practically speaking, this seems beyond improbable. And yet, a trial is under way at the Montefiore Medical Center and the Albert Einstein College of Medicine testing a medicalized parasite called Trichuris suis in autistic adults.

First used medically to treat inflammatory bowel disease, the whipworm, which is native to pigs, has anecdotally shown benefit in autistic children.

And really, if you spend enough time wading through the science, Dr. Parker’s idea — an ecosystem restoration project, essentially — not only fails to seem outrageous, but also seems inevitable.

Since time immemorial, a very specific community of organisms — microbes, parasites, some viruses — has aggregated to form the human superorganism. Mounds of evidence suggest that our immune system anticipates these inputs and that, when they go missing, the organism comes unhinged.

Future doctors will need to correct the postmodern tendency toward immune dysregulation. Evolution has provided us with a road map: the original accretion pattern of the superorganism. Preventive medicine will need, by strange necessity, to emulate the patterns from deep in our past.

Moises Velasquez-Manoff is the author of “An Epidemic of Absence: A New Way of Understanding Allergies and Autoimmune Diseases.”