How did aspirin’s reputation get to be so bad?

Aspirin hasn’t changed. It is a blood thinner that acts by blocking the early stages of a blood clot that causes a heart attack. But too much thinning of the blood and bleeding can result. In the original aspirin studies, the risk was gastrointestinal bleeding. What has changed is the environment in which aspirin is used.

The first change is a lower incidence of fatal heart attacks. The risk of bleeding from aspirin remains constant, while the risk of heart attack has diminished, so the risk/benefit ratio for aspirin falls. 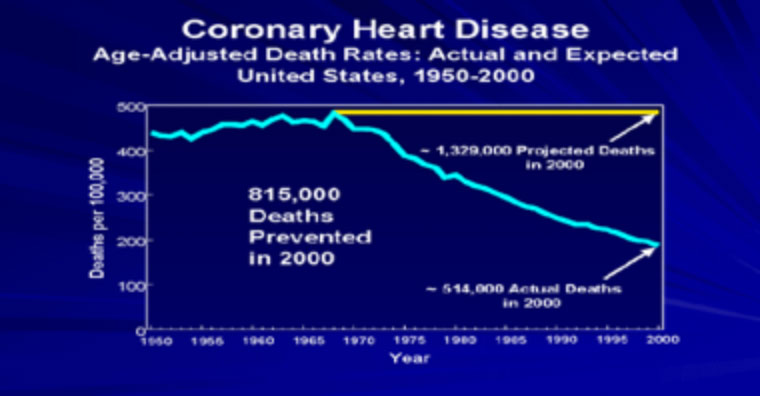 This decline in heart attack coincides with the rise of aerobic exercise, the elimination of trans fats in the American diet, and decreased smoking, all of which decreased coronary inflammation. It took place before the introduction of statin medications, widely available coronary artery bypass, or rapid stent placement.

The risk of gastrointestinal bleeding with aspirin increases slightly with age and varies tremendously by ethnic group. In contrast, the risk of stroke triples from age 45 to age 65, and triples again from age 65 to 85. The new studies from Canada and the United States show that the use of aspirin for cardiac prevention is greatly exceeded by its risk associated with stroke over the age of 70. There may be a lower dose of aspirin for these patients, but the studies have yet to be done and may never be done.

The use of aspirin for cardiac prevention is greatly exceeded by its risk associated with stroke over the age of 70. Click To Tweet

Statins on the scene

That is because the other environmental change is the appearance of statin medications. Aspirin works by preventing a clot forming on a ruptured coronary plaque. Statin medications work by lowering LDL and stabilizing plaques, reducing the incidence of rupture. Statin medications have no association with gastrointestinal bleeding, and reduce the incidence of stroke. However, most are associated with significant side effects (muscle and cognitive) and an increased risk of type II diabetes. Ironically, statins lower low-density lipoprotein. LDL below 100 reduces the risk of heart disease and stroke, but the risk of stroke increases as the LDL gets below 50. The new super intense injectable LDL lowering drugs, which cost about $6000 a year, may not have such a rosy future if they do their job too well.

What is one to do? If one has a history of heart disease, daily aspirin is still indicated. If one is trying to prevent a first heart attack, aspirin may still be useful below the age of 70, but it requires a risk analysis by your physician. I strongly encourage patients to try the one statin with the best record for high compliance and low side effects. That is Pravastatin, which was used in the West of Scotland study (see my related Statin article here) and reduced coronary mortality by 28%, and was still being taken by 93% of patients at the end of the five-year study. It has the same side effect profile as a sugar pill. In comparison, other statins fail to achieve these results, and at the end of five years three out of four patients no longer take the other statins.

If you’re not taking it, it won’t work.