Consumer Reports on Supplements: The Good, the Bad, and the Ambiguous 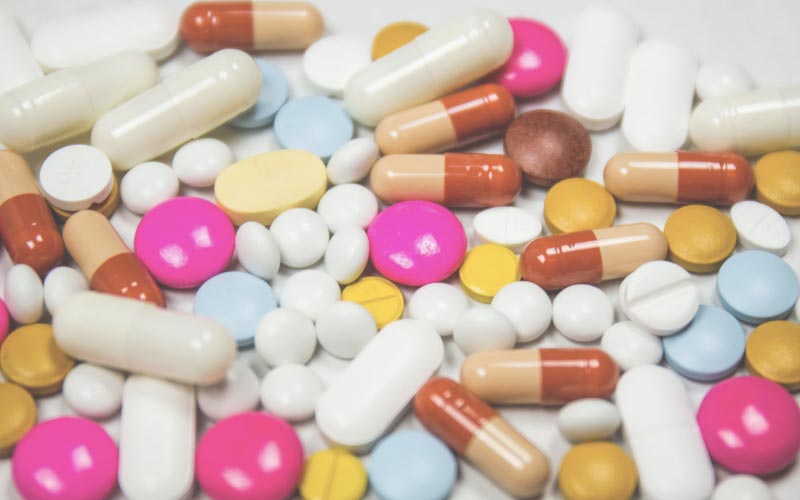 In its September 2016 magazine, Consumer Reports has an extensive review of dietary supplements. They present a very good history of the supplement industry, which got its impetus from Linus Pauling, two-time Nobel Prize winner, and his claims in the 1980’s that 3000 mg of vitamin C would abolish the common cold. With over 25,000 articles published on the subject since, it’s safe to say this theory is disproved. He did, however, endow the University of Oregon to found the Linus Pauling Institute for the study of micro nutrients, which does quite good work, and I recommend you visit the site.

Consumer Reports also presents a history of the Dietary Supplement Health and Education Act (DSHEA) of 1994, which was lobbied through Congress by the supplement manufacturers, and exempted them from the FDA drug approval process. It created regulations for manufacturing inspection that are largely unfunded to this day, and created rules that prohibited companies from claiming that a supplement can cure or treat a specific disease. However, manufacturers have crossed that line numerous times because the act does not provide sufficient monitoring. Consumer Reports did not mention that supplement claims are still subject to Federal Trade Commission investigation for false claims in advertising. FTC fines average 3 million dollars; some companies consider that a cost of doing business.

Consumer Reports published a list of 15 supplements to avoid. Since 1994, the number of supplements on the market has expanded from 4,000 to 90,000.  So there are hundreds of supplements to avoid, including many that are useless, mislabeled, contaminated, or adulterated with pharmaceuticals. It’s not unusual, when patients come to the office and we review the supplements they are taking, that we recommend them to stop taking about half (and start some different ones). The current system does not provide adequate inspection, and there is no voluntary compliance system in place either. Maintaining purity in the manufacture of food or drugs is difficult, and even the largest manufacturers, such as Tyson Foods or Merck pharmaceuticals, are subject to recalls and fines. Considering how low the bar is for entry into supplement business, it’s not surprising that the Atty. Gen. of New York found that four out of five herbal supplements at GNC and Walmart did not contain the substances mentioned on the label. As Consumer Reports correctly notes, strengthening regulations is “just one crisis away.”

Consumer Reports also did not issue a caution on what I call “supplement alchemy.” Multivitamins, contain many vitamins and minerals, without which people will experience deficiency diseases such as pellagra, scurvy, beri beri, rickets, etc. Supplement manufacturers put together combinations of nutrients for which there are no known deficiency states or diseases. The label will say something like “supports immune function” for which there is about as much evidence that the air under the Zakim bridge “supports” the structure. Or one can go to the quackwatch.org, which, while having a pronounced conservative bias, documents many of the overstatements and shenanigans that plague the supplement industry. They list over 70 supplements one might wish to know more about. Caveat emptor.

Consumer Reports fails to mention how gray the line can be between a supplement and a pharmaceutical. The same supplement can be a pharmaceutical, or, alternatively, supplements are drugs. In America, melatonin is a supplement; in Europe you need a prescription. In America, progesterone and codeine are available by prescription only; in Europe they’re over-the-counter. Omega-3 fish oil is available as a supplement and as a prescription (Lovaza and Amacor). Both are purified using similar procedures. There have been inconsistent results in clinical trials, as I noted in an earlier newsletter, because scientists have not measured the oxidation in the fish oils they were using. I would imagine that spoiled fish oil doesn’t work very well. A recent trial of Lovaza showed it was quite beneficial after a heart attack. Lovaza is probably less oxidized than supplements because the pharmaceutical pipeline is much more efficient. And at 10 times the cost of a supplement, it is probably handled better.

This ambiguity applies to herbals as well. The leaf of the French Lilac will lower blood sugar; it contains a molecule called metformin. Metformin, a prescription, is considered to be the first line drug to treat diabetes (along with diet and exercise.) If we used every inch of arable forest to produce French lilacs, we could not produce 1% of the metformin consumed across the world.

Consumer Reports compared red yeast rice unfavorably to statin medications for the treatment of elevated cholesterol. The reality is that red yeast rice contains the same molecule as in the statin drug lovastatin, and this is a principal way that it works. Penicillin comes from a mold. There is some evidence the ancient Egyptians may have used it as a medicine. Statin drugs come from a fungus. It’s just not that simple

Like many things in medicine, our understanding of medical benefits and risks change over time. Approximately one third of pharmaceuticals are prescribed for uses not originally approved by the FDA. Because of the cost of going back for additional FDA approvals is so high, this is simply called an “off label” use. Physicians are constantly adapting to this shifting landscape; most now advise patients about supplements as well. 7% sell supplements from their offices.

Consumer Reports mentions that patients taking acid blocking drugs such as Prevacid or Nexium might need supplementation with magnesium and B-12. Acid blocking drugs, commonly given for reflux, actually decrease the absorption of B12, magnesium, iron, calcium, fully casted, and zinc. To achieve better absorption of calcium, patients frequently have to take increased vitamin D and vitamin K2. In addition, the acid blockers can contribute to an increased risk of infection including pneumonia, Clostridium difficile, and cognitive impairment. Lastly, in a study from the Mayo Clinic, the majority of young women on acid blocking drugs actually suffered from delayed gastric emptying and didn’t need acid blocking drugs in the first place. These are complicated questions and you should consult your physician.

There is a large and growing body of scientific evidence concerning utility of supplements. Consumer Reports mentions a few, such as folic acid in pregnancy, or vitamin D in osteoporosis. They rightly point out that neither supplement labels and of the salespeople give adequate warnings about adverse effects and interactions. But they failed to tackle the difficult issues, such as the supplement industry insisting patients need more vitamin D years before the medical community recognized the need. In considering taking a supplement, you must balance “common wisdom” such as Linus Pauling statements about vitamin C, against the fact that the amount of funds available for research don’t go to supplements, because they are not as profitable as pharmaceuticals.

However, part of the promise of supplements has been proven true in multiple scientific studies. They tend to have fewer adverse effects than pharmaceuticals used for similar conditions. For men developing prostatic hypertrophy, saw palmetto or beta-sitosterol can produce significant symptomatic relief with far fewer side effects than finasteride, which can produce temporary impotence, or Tamsulosin, which can produce fainting spells. On the other hand, in an effort to avoid side effects, many people delay the care they need. No one may look further than Steve Jobs, who used alternative care for his neuroendocrine pancreatic cancer, and probably reduced his survival by several years.

Genetics is also showing that supplements have unique benefits for certain individuals. Those with multiple mutations to the MHTFR gene will absorb methyl folate better that standard folic acid (and for those without mutations – the majority of people – the more expensive methyl folate is a waste of money.)  Statins, like Lipitor, can cause muscle aches, which is the most frequent reason people stop taking the class of drugs. Vitamin D deficiency increases the incidence of this myalgia, and correction of the deficiency will frequently abolish the side effect.  Statin drugs reduce CoEnzymeQ10, in some cases in as little as two weeks. Results with CoEnzymeQ10 show similar benefit; the studies are inconsistent because some forms of CoEnzymeQ10 are poorly absorbed. The genetics around statin metabolism, centered around gene SLCO1B1 are still being worked out. However, compliance with prescribed medication in the US is barely 60%; compliance with returning to a medication that has caused a toxic reaction is about 5%. So, among other reasons, Dr. Nadelberg and I treat our patients on statins with Vitamin D and CoEnzymeQ10 to maximize compliance with these important medications.