COVID-19 Came from a Lab in Wuhan 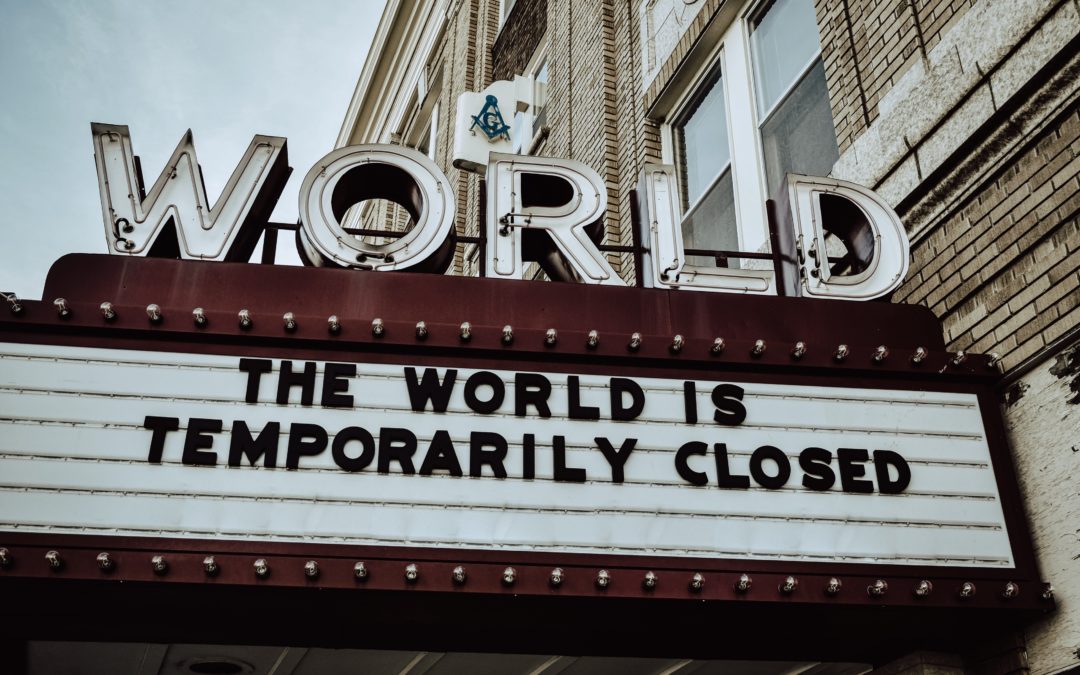 How to Build a Frankenstein Virus by Accident

How could a virus escape a high security lab?

A pandemic virus is like a neutron bomb; Millions of people die but the buildings, machinery, and streets are intact. The origin of COVID will never be identified. How could a virus escape a high security lab?

Imagine a lab tech handling a coronavirus infected ferret to draw its daily bloodwork. The anesthetic had worn off, but the tech had experience with squirming vermin. The ferret bit through his glove. As he went to the sink to wash his hands, he unconsciously touched his face, transferring virus from the ferret saliva. He did not recall or report this break in containment.

Further imagine he then took the subway to a popular seafood market every day, the Huanan, on the way home. Over several days many people at the crowded market were exposed and they then transmitted it to others. The virus travelled many places in China and to other countries. It achieved critical mass first in the crowded neighborhoods and apartment buildings of Wuhan.

Coronaviruses have a reputation for rapid onset pneumonia. However, the new variant had incubation period of 2 to 3 weeks and several days of viral shedding before any symptoms. However, at that point, the new variant could remain asymptomatic or accelerate in susceptible hosts, like senior citizens with co-morbid conditions, causing frequently fatal pneumonia as well as a vasculitis which could damage any organ in the body. The long period of asymptomatic viral shedding made it a perfect pandemic organism.

Imagine the lab tech was young and remained symptomless, as did his family and friends. When the first patients arrived at hospitals weeks later, no one would make the connection.

Human error is the primary cause of biosafety lab blunders. The errors posed here include choosing deadly pathogens for study, policies to not fully examine “lost function” results, using insufficient biologic containment, allowing lax containment reporting, and not quarantining potentially exposed personnel. The correct policies are probably on paper, but not practiced. The lab likely has no record of this deceptive virus.

It is nine miles from the Wuhan Virologic Institute (WVI) to the Huanan Seafood Market. That is not far for a virus to travel on human mucus membranes or in lung parenchyma. The Chinese Communist Party denies any connection. Shi Zhengli, the “Bat Woman” and Chief of WVI, announced in May, “I, Shi Zhengli, swear on my life that it has nothing to do with the laboratory,” If you are familiar with the Chinese legal system, you would say the same thing. The WVI has safety issues; humanity is paying the tab.

Safety is a culture. I spent twenty years of my career as the medical consultant to occupational safety teams in the defense and biotechnology industries. Safety is systematic, anticipating risks that are predictable, such as ergonomic repetitive motion injuries, and planning for the unpredictable, such as evacuation drills for fires or environmental threats. The WVI has safety issues according to the Taiwan News (no love lost there!) Mundane mistakes, even lethal ones, are unlikely to be reported by the WHO investigation team, which includes Peter Daszak, a WVI funder.

There are ninety-five million infections and two million dead since the WHO first requested entrance to Wuhan January 28, 2020. Nothing to see here; move along. Investigators will visit the Hannan Seafood Market, which has been sterilized down to the sewers that run underneath it. Nothing to see here; move along. The Chinese very publicly sentenced citizen journalist Zhang Zhan to four years in prison for blogging about COVID-19 on WeChat. That should have a chilling effect on anyone desiring to contact the visiting scientists. Move along. The first red flag in COVID-19 was an email from the Taiwan Center for Disease Control inquiring about seven cases of pneumonia in Wuhan. China has blocked Taiwan from membership in the WHO. Historically, Taiwan was a guest of the Director-General of the World Health Organization, but Dr. Tedros discontinued the practice at China’s request. Move along. 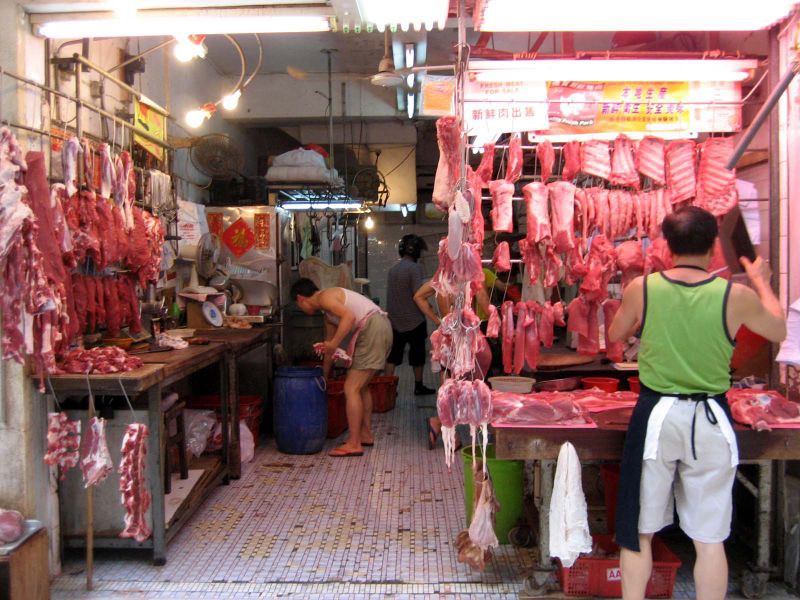 Accidents in biosafety laboratories are frequent. Severe incidents in elite U.S. labs have included the release of weaponized anthrax, active smallpox, Ebola viruses, and dangerous strains of avian influenza. In one event, the deadly Ames strain of anthrax, which had accidentally survived inactivation procedures, was released from the CDC to eighty-four researchers in 2014. How safe are these labs? You would hope they would be very safe. If an accident can happen at the CDC, then it can happen anywhere. In 2018 the WVI was criticized for lax safety practices.

The WVI released hanta hemorrhagic fever virus in 2010. The index patient was a 24-year-old male graduate student. He worked with rats in a laboratory on campus. Ten other college students tested positive for exposure. Genetic sequencing revealed that the virus was made in the WVI labs. Half the rats in the lab, which were supposed to be sterile, tested positive for hantavirus. The report was written by Dr. Shi., the “Bat Woman,” and Director of the lab. There was a hole in the screen in the animal storage area. Safety failures of major consequence can be the result of mundane failures.

The Bulletin of the Atomic Scientist analyzed 749 biosafety accidents in the U.S. from 2009–2014. Most events were human errors. The most significant exposures were mistaken transfer of activated pathogens when they were supposed to be inactive. The majority of lab acquired infections are few, but they are not identified for days or weeks after occurrences.  The Bulletin estimated the odds of the unanticipated release of a toxic agent was as high as twenty percent in ten years.

Viral research is a cornucopia of potential health benefits. Sickle cell disease is painful, crippling, and patients die young. Last year a novel virus transmitted genes to a young woman with sickle-cell disease and cured it for life.  Viruses can be modified to increase food production, sterilize Lyme disease ticks, or produce new sources of protein from vegetable sources. Viruses can alter biology profoundly. The law of unintended consequences, however, when applied to viral technology, can result in damage on the scale of nuclear war or climate change.

The result of our pandemic virus is like the explosion of a neutron bomb — people die, but the buildings, machinery, and streets are intact. The World Bank estimates the cost of the current pandemic at $15 trillion this year, or one-half the cost of one year of World War Two. (World Economic Forum) 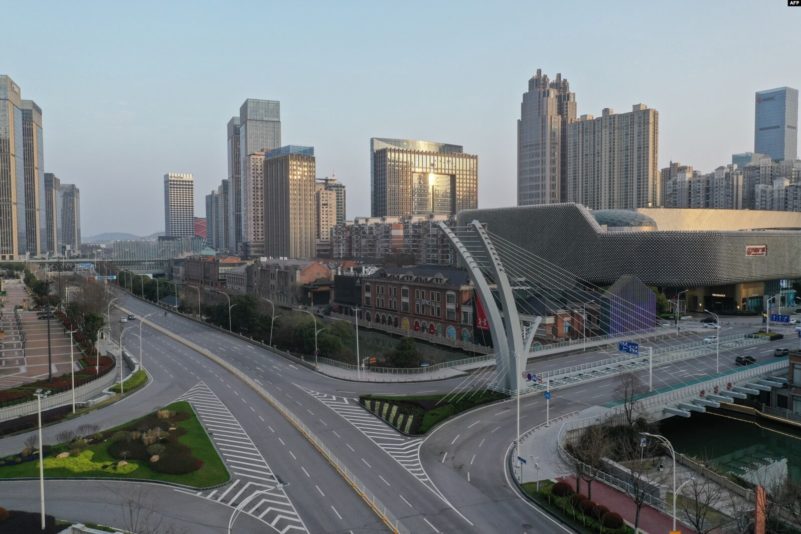 Virologists debate how stringent safety practices slow the speed of innovation. In 2012, a Dutch scientist, created a Gain-of-Function mutation in an H5N1 avian influenza virus that enabled airborne spread in ferrets. The is a successful Gain-of-Function experiment. Aerosol spread of a flu virus is only a step from the Spanish Flu of 1918, which killed one-hundred million. The NIH suspended his publication and all similar research around the world. How many incremental Gains-of-Function until one creates a Frankenstein virus? No one knows. Never take a bet you cannot afford to lose.

Virologists championing better safety management debated those who argued creative labs could operate safely. The second group felt genetic modification of viruses would identify future pathogens and accelerate creation of anticipatory vaccines. The cost of delay is real; almost two-thousand people die from sickle cell disease every month. NIH adopted new regulations for Gain-of-Function research in 2017. A year later, the WVI was still not in compliance according to Department of State cables.

The idea that laboratories are producing preventive vaccines for these super infectious agents is a fiction. The pandemic coronavirus “spike” protein that attaches the SARS-COV-2 virus to our ACE2 receptor was isolated in 2004. It was carried by civet cats in the SARS epidemic that killed 800. That spike protein is the target for all the vaccines being manufactured now. There was no vaccine design, testing, manufacturing, or submission to regulatory agencies of a coronavirus vaccine prior to the pandemic.

The only vaccine produced in contemplation of an epidemic was for Ebola. After 9/11, Ebola was designated a potential bioweapon, which qualified it for biodefense funding. The Canadian Public Health Service isolated the Ebola glycoprotein, which is not infectious and could be handled safely. They had one-thousand doses of a prospective vaccine when a multi-country Ebola epidemic struck West Africa in 2014. Merck, not a viral lab like WVI, produced the vaccine, which was demonstrated to be safe and effective. It involved no Gain-of-Function experiments.

Peter Daszak, Ph.D., is a zoologist and president of the EcoHealth Alliance, which sounds pretty “green.” It directs funds from the US NIH and The Department of Defense Office of Biodefense, which monitors biologic weapons, to the WVI. He promotes the Strangelovian concept that increasing the lethality of viruses makes us safer. In a recent video, recorded before the pandemic, Daszak stated there are “over 100 SARS-related infectious “spike” proteins that can be inserted in the backbone of any coronavirus. Manipulating these genes — adding virulence — would enable the production of better vaccines.” It is a tacit admission that the WVI was manipulating coronavirus.

His presence on the World Health Organization inspection team raises serious conflict of interest charges about any conclusions, reports, or judgments about the Wuhan Virologic Institute. One must question why the investigation is limited to Wuhan. In a good detective story, the investigators should look at hospital and laboratory records in the entire region for clusters of “unusual” cases that preceded the Wuhan outbreak.

More likely, the Taiwanese could provide more accurate information about what happened in China because they are not subject to censorship by the Chinese Communist Party Chinese state-produced video curated by DRASTIC (Decentralized Radical Autonomous Search Team Investigating Covid-19) and reported by the Taiwan News shows substandard safety practices, even down to basics like inadequate personal protective equipment. The YouTube has since been removed.

We had a Biologic Weapons Treaty in the ‘70’s, but it only regulated nations; the former Soviet Union signed it, but continued development. Virologists are risking the future of humanity with every Gain-of-Function experiment. There are billions of viruses and billions of human receptors; it is hubris for anyone to propose that we can predict which virus will be the next pandemic. We have committees for human experimentation with strong conflict of interest rules, which by and large have maintained safety standards. In virology, the funding agencies are the review function. The world must develop a better means of regulation for viral research.

One WHO investigation team favors the virus spreading from bats to humans with an intermediate host, rather than from a experiment with coronavirus sequencing in the WVI lab. This is a false dichotomy. The WVI lab passes coronaviruses through animals in Gain-of-Function experiments thousands of times per year. So it is animal-to-human in the lab or animal-to-human outside the lab. A more logical question is did a bat/virus/animal travel 1900 kilometers from Yunnan to Wuhan with no cases in between, or did the virus travel from the WVI, the largest collection of coronavirus on earth nine miles (twenty minutes) on the Wuhan Transit to the crowded Huanan Market, a perfect amplification environment?

This is the warning. The world must arrive at lab standards and research restrictions now or all our children will pay the price.