Hemochromatosis is the 4th Leading Cause of Cirrhosis

And It is Preventable 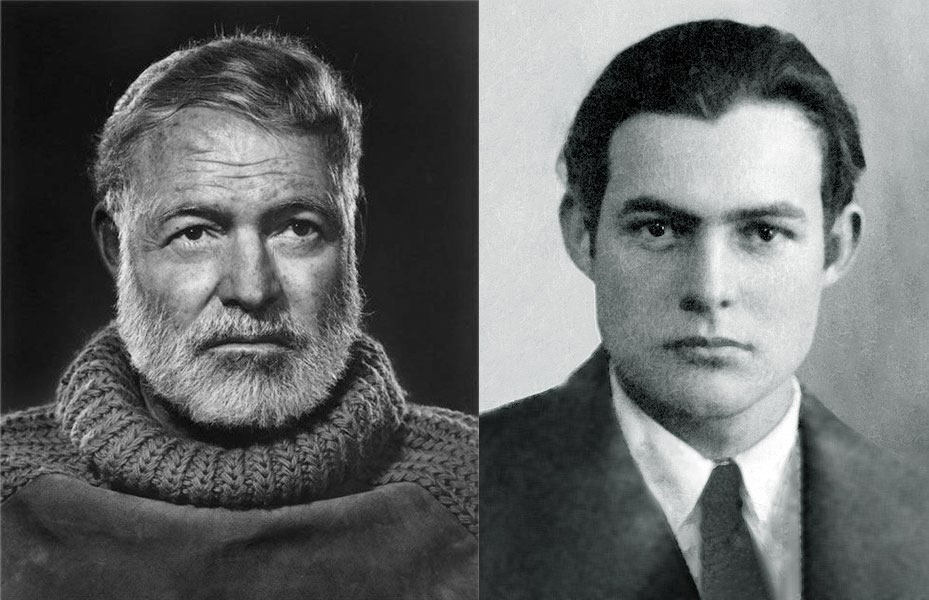 Medical records reveal that Ernest Hemingway had untreated Hemochromatosis, which may have contributed to his depression and suicide. Notice how pale he appears as a young man. The glowing skin of later life is partially suntan and partially the “bronze” of Hemochromatosis.

Hemochromatosis is a genetically determined trait to store excess iron, which is stored in a protein called ferritin. As iron levels rise, it results gradually in fatigue, joint pain, weakness, weight loss, and stomach pain. Many patients are told they are “just getting older.” The iron is silently depositing everywhere from the brain to the feet. At the time of diagnosis, 25% of patients already have cirrhosis of the liver. Other findings include depression, renal failure, heart failure, dementia, diabetes (classically called “bronze diabetes, “because of iron deposition in the skin), and testicular malfunction, which is how Bob and I get involved. We look for known causes of low testosterone, including hemochromatosis, pituitary malfunction, sleep apnea, etc. Treating an underlying cause, rather than a symptom, will frequently raise testosterone back to normal, which is good preventive medicine.

The genes determining hemochromatosis are amazingly frequent, present in 1 in 300 people. Some argue for a widespread genetic screening program for HFE. Unfortunately, this would have limited results. For most people, the change in iron is mild, with no effect on health, especially in comparison with the average American diet, lack of exercise, or not wearing seatbelts. These are better public health investments than an HFE genetic screening, which has limited accuracy. With so many carriers, the cost of genetic testing and counseling is prohibitive.

Treating an underlying cause, rather than a symptom, will frequently raise testosterone back to normal, which is good preventive medicine. Click To Tweet

What, you say — limited accuracy? On every crime show, DNA is the gold standard for accuracy! Determining identity only requires a static picture of the DNA strand, with 30 points marked at different intervals. Diseases, on the other hand, are caused by DNA in motion, exposing one or more genes simultaneously to generate the disease-causing protein. We have 23,000 genes, which may not sound like a lot, but the combinations of 23,000 things is infinity.

So rather than take an expensive look at the cause, Bob and I monitor the result. The actual cost of a serum iron/ferritin panel costs less than $10 (though charges can be over $100) and needs only to be checked every few years because hemochromatosis develops slowly, generally between the ages of 40 to 60. There are many causes of increased iron, including red meat, supplements, and alcohol ingestion, so one measurement is not enough.

The actual cost of a serum iron/ferritin panel costs less than $10 (though charges can be over $100) and needs only to be checked every few years. Click To Tweet

However, for most patients, the dominant concern is for low iron related to anemia. If you have a normal blood count, it is unlikely you will have an iron/ferritin panel measured.

Therein lies the misfortune, because the treatment of hemochromatosis is to extract units of blood until the iron is normal, and then set up a schedule of donations to keep it normal. Generally, you can make a visit to a blood bank every 56 days until the iron/ferritin is normal, and then once or twice yearly. This strategy is almost 100% effective, meaning that patients never become ill. This is prevention at its best.

In an age when autopsies have become infrequent, precise estimates of death from hemochromatosis are educated guesswork. The equation is that 16 million people carry the gene, and an unknown number, probably in the thousands, are dying from liver neoplasms, liver disease, and cardiomyopathy. There is a hemochromatosis clinic in almost every major American city. But you don’t need a specialty clinic. Just ask your doctor for an iron/ferritin panel every few years.