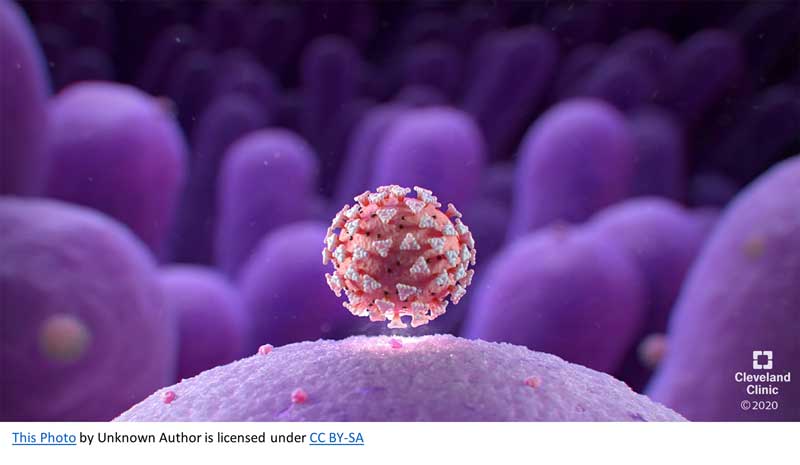 Is it More Dangerous? Will Vaccines Still Work Against It?

A mutated Wuhan virus variant is fueling a growing coronavirus outbreak in Kent, England. It has spread in the background in nearly thirty other countries. Mutations in coronaviruses are normal and occur at a rate of about 2 per month. Most changes are “nonsense” mutations, and their viral descendants die out.

Previously we have seen single point mutations. The new variant contains clusters of mutations — 17 in total. Five of the mutations affect the crucial spike protein that attaches the virus to our cells. two are deletions on the spike protein. No one knows exactly what the multiple mutations mean.

The new variant has been named VUI-202012/01, B.1.1.7, 501.v2. or 501Y alternatively. The International Committee on Taxonomy of Viruses will likely settle on Coronaviris Wuhanese ( 501Y). I prefer the position/mutation name for its specificity: the addition of the amino acid tyrosine (symbol Y) is at position 501 along the 29,883 long RNA chain of Coronaviris Wuhanese.

A leading theory is that multi-mutated 501Y is an unintended consequence of medical interventions, such as Remdesivir or convalescent plasma, like the use of antibiotics provoking bacterial resistance. Fortunately, our vaccines continue to show efficient binding to all Wuhan strains including 501Y. Not only do the vaccines work, but even though 501Y lacks one antigen, so our PCR tests still recognize it.

By December 8, 501Y was responsible for two-thirds of new infections and total infections were rising in all over southeast England and London. Britain’s New and Emerging Respiratory Virus Threats Advisory Group (NERVTAG) concluded the 501Y variant was 70% more transmissible than the original Wuhan virus and could launch a new wave in the pandemic.

“Exactly how prevalent it is, is the real question. If it’s been spreading, how dominant is it? ” -Atul Gawande, MD-Biden-Harris Advisor

They called for severe restrictions in southern England and London and notified other countries to look for 501Y spreading in the background. While the standard PCR test detects all current COVID-19 viruses, only whole genome sequencing of the 29,883 RNA string could identify 501Y.

“When you have this amount of spread within a place like the U.K., you really need to assume that it’s here (the US) already. — Anthony Fauci, MD Newsweek

Boris Johnson faced a double whammy — 501Y was tearing through the British populace at the same time social distancing would deteriorate during the holidays. Perhaps Mr. Johnson read “The Hammer and the Dance,” a splendid essay even a politician can comprehend. He instituted a lockdown banning public gatherings, closing non-essential businesses, and limiting pedestrian traffic. Perhaps it was the example of the pandemic exploding in America that shook him. Johnson responded at the striking of the match, rather than waiting for the fire. That is how one should treat new pandemic organisms. 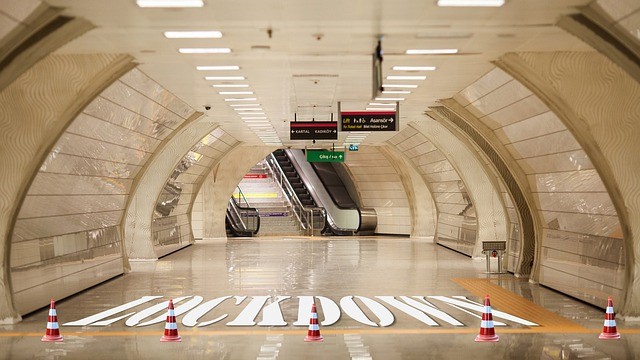 Unfortunately, it will be too late. If 501Y has been circulating for several months, it has already completed its background spread and is now fueling superspreader events. Under Tier 3, its most stringent social modification. The British have pubs, restaurants, pubs (open as restaurants), funerals and weddings open, and schools and universities in session.

The US performs 20 times less whole genome testing than England. We will find 501Y sporadically and much too late. The US has no national testing program. We cannot do much when we find cases — there is no national tracking and quarantine program either. At present, while virologists estimate 501Y is significantly more infectious than Coronaviris Wuhanese, they have not concluded it causes a more severe illness.

Transmissibility models have variable outcomes. Don’t breathe a sigh of relief when you hear “doesn’t increase severity.” In a flatline projection, a hypothetical city with 10 000 vulnerable 65–85-year-old residents admits 500 patients per week to hospitals over 20 weeks. Introduce a 501Y type mutation and transmission rates accelerate 70%. Two weeks later, 850 patients per week are admitted, and more each subsequent week. Resources and staff get depleted and the hospital system collapses. While more COVID-19 patients are dying, the average age at death of a COVID-19 victim is remains the same at 65–85. Increased transmission does not change the individual patient’s course, but it is lethal for the system. That is the leverage of the R-naught infectivity number.

In the real world, rather than the lab, the last super-transmissible mutated coronavirus (614G), was detected in March, 2020. Test demonstrated it to be 60% more transmissible in cell cultures and lab animals. It was not anywhere near that in the real world.

Humidity, sunlight, air currents, social distancing/mask wearing and uncounted other factors whittled the transmission rate down. 614G has largely displaced the original Coronaviris Wuhanese as the dominant species, but it did not alter the trajectory of the pandemic.

Until we know more about 501Y, elevated caution is indicated. While it may not cause more severe disease, its transmissibility spectrum may have expanded to include less affected groups like younger patients, or more females. Britain is the leader in gathering data for the world. Our plans will be based on their information, but Britain has almost no Hispanics and African Americans.

With so much in doubt, caution is indicated. You do not want to share air with people who do not live with you. Limit your time in grocery stores. Group gatherings are the launchpad for superspreader events; adding just one relative/friend is more than enough to sink the whole group. One negative test without a period of quarantine is not safe. If you are a young adult, and you attend secret “pop up” party, it is urgent you confess and spend your week in the basement and get tested, or you might kill a parent. That is how one of my patients ended up in MGH for a week, fortunately doing well now.

We are in a contest between 501Y, advanced social distancing, and ramping up the vaccination program. We are standing on the tipping point.