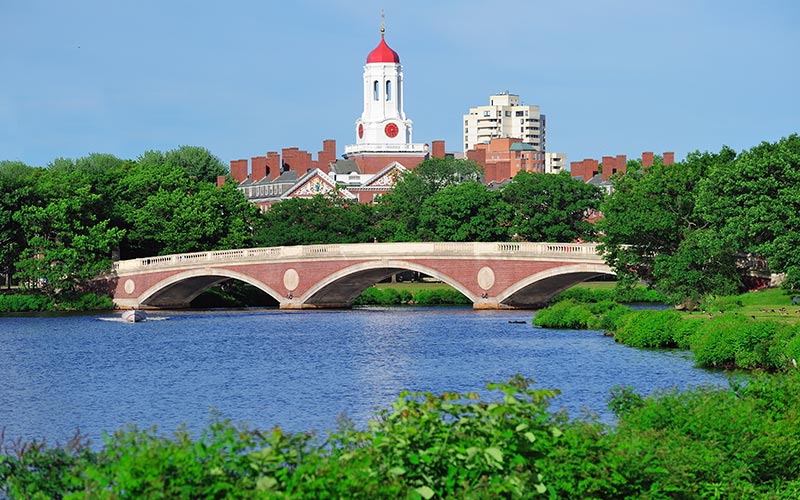 Around the world, global warming damages our planet more each year, and Boston is not immune. In Japan, hundreds die of heatstroke. In California, firestorms gut canyons and mountains. Greenland ice is melting at unprecedented rates, forcing polar bears into starvation. Global warming is the principal driver of Harmful Algae Blooms in Florida which sends dozens of people per day to the Emergency Department and kills scores of fish, turtles, and manatees. The stench has killed tourism.

Global warming is powering another Harmful Algae Bloom (HAB) in the Charles River as you read this. You can’t see it. There are some who think it won’t come. The river was colder this spring than previous years; cold inhibits algae growth. The Environmental Protection Agency recently announced Charles River water quality had improved to a rating of ”A-.” That sounds encouraging? Could this be the first time in the last ten years in which algae growth is low? But wait, do you see a hint of green in the photo below? 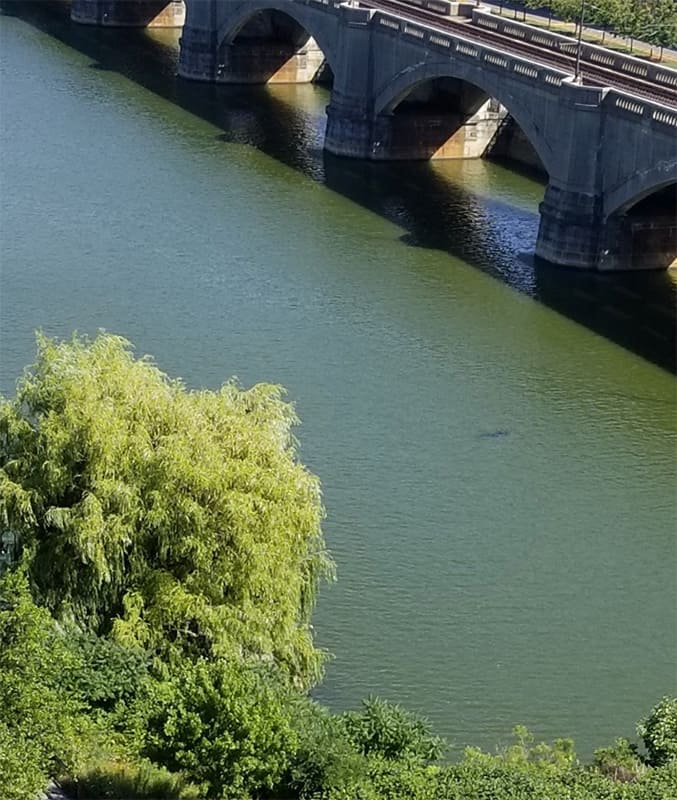 This picture was taken July 9 at North Point Park. The green is phycocyanin, a pigment produced by algae and other underwater plants at the bottom of the river. The green tint disappeared several days later.

Blue-green algae produce 50% of the oxygen we breathe, and deadly red tide toxins each summer. Click To Tweet

Regrettably, discouraging algae from growing is like discouraging the Tyrannosaurus Rex in “Jurassic Park” from eating the visitors. Blue-green algae were the first dominant species on Earth. They created the oxygen atmosphere we breathe. The oil we burn comes largely from prehistoric algae deposits. Algae supports the food chains of our oceans and still produces 50% of the oxygen we breathe. However, algae, when in metabolic overdrive, can exhaust the oxygen in a river or pond and kill fish miles away. Algae can produce toxins, like “red tide,” and kill aquatic life, also leaving enough poison in shellfish to make humans ill. Do not underestimate the power of this single-celled species. It has survived every mass extinction event, including the one that killed the dinosaurs.

Algae are a species of bacteria that contain chlorophyll, the green pigment in plants (cyan=green, so cyanobacteria). Chlorophyll converts energy from the sun and produces oxygen. Oxygen accumulates in cyanobacteria cellular envelopes, so they float towards the surface. Once on the surface, they can fix nitrogen from the air into their cellular membranes, so when they die, their debris is fertilizer. This is the original circle of life. We only see them on the surface at one stage in the cycle.

The cyanobacteria on the bottom of the Charles sense the increasing heat and light of summer. They germinate, generate oxygen, and float upwards from the depths. However, as they come closer to the surface, they exhaust the available nutrients, die, and sink back to the bottom, never having breached the surface. However, each subsequent bloom is larger and rises higher. Eventually, a bloom reaches the surface, to be carried by currents and winds towards the shore, where one sees green “pond scum” on the water’s surface. We only see them where their journey ends. It began upriver, below the surface, in the sandy bottom.

The Charles River is Already Toxic.

Neither the EPA or anyone else has a reliable method to assess their underwater lifecycle. Nor is there any way to predict which acute toxins will be produced or in what amounts. Most frightening is recent research identifying slow-acting neurotoxins that are associated with Parkinson’s Disease and Amyotrophic Lateral Sclerosis. In a river still polluted by mercury, lead, PCB’s, and DDT, this is the new menace. How bad? Since I am using movie themes, the as Jeff Goldblum said in The Fly “Be Afraid. Be Very Afraid.”

Below is a map of lakes with warning levels of cyanobacteria. The point is not so much the levels, but that they are everywhere — North, South, deserts to seacoasts. (The World Health Organization Cyanobacteria Abundance levels are out of date. In California, the action level is now 7,000 cells/ml.) 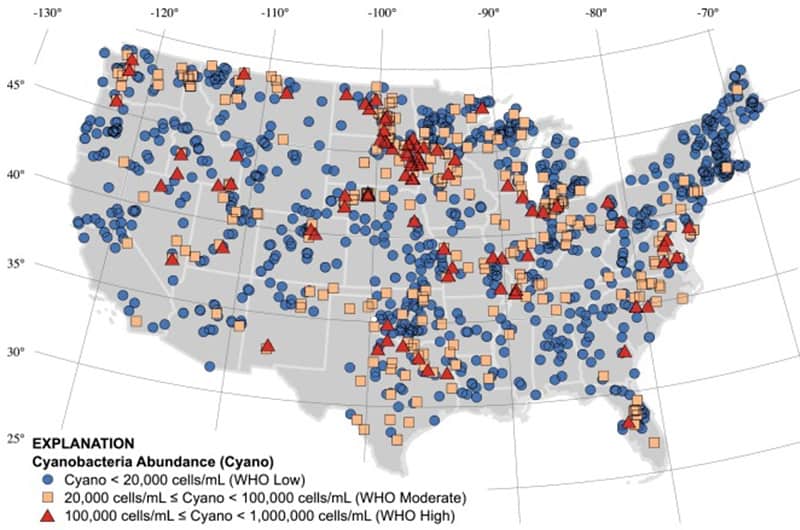 Algae Blooms: from Rare to Routine

20 years ago, algae blooms were a novelty. In 2017, the Environmental Protection Agency and the US Geological Survey announced that 50% of the lakes and reservoirs they monitor had algae blooms. The US Department of Agriculture has spent $29 billion dollars in the last ten years to reduce phosphorus discharges among farms in New York state. During that same period, closures of lakes and reservoirs in New York doubled. Last year there were algae blooms in a record 19 of the 20 Finger Lakes in New York. The Charles River has had an algae closure annually for ten years; last year, the closure was for 30 days.

The Charles River has had an algae closure annually for the past ten years. Click To Tweet

Across the country, Lake Okeechobee in Florida is choked with over 10 billion gallons of toxic cyanobacteria, covering most of its entire 730 sq. miles. Last year, in Utah, 100 people fell ill swimming in Utah’s largest freshwater lake. Thirty-two cattle on an Oregon on ranch died from drinking toxic water. Water can have toxic amounts of cyanobacteria with no visible collection of algae on the surface. Like “Bruce”, the shark in “Jaws” the problem is under the water — it’s not just where you see the algae bloom.

The real culprit here global warming — the temperature of the Charles has increased a spectacular 10 degrees (F) in the last 20 years. The temperature rise has continued unabated, even though since 2011, half-a-billion gallons of hot water was diverted from the Kendall Cogeneration Plant in Cambridge to steam power in Boston. The other driver is urban/suburban development stormwater run-off containing phosphates and nitrates, which feeds the algae.

The temperature of the Charles has increased a spectacular 10 degrees (F) in the last 20 years. Click To Tweet

The EPA is trying to force towns along the Charles to build more water treatment plants to reduce discharges of phosphorus and nitrogen fertilizers. The estimated cost is billions of dollars. In typical government fashion, the EPA proposes an elaborate scheme of controls to be financed by state and municipal funds, not federal funds. Towns will need to curtail municipal services to fund an untested theory. The plan does not account for simple facts, like how much phosphate is already in the Charles River. Or that the plan cannot affect the thousands of sewers that drain directly into the Charles untreated. 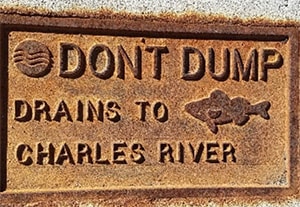 Karl Havens, director of Florida Sea Grant, who studies Lake Okeechobee in Florida, states that if one cut off all sources of pollution, the nutrients in the bottom of Okeechobee would supply blooms for the next 50 years. Is it worth a project costlier than the Big Dig only to discover it doesn’t work? Recall the Agriculture Department spent 29 billion dollars with no benefit.

The Charles River is an Incubator

The other problem with the Charles River is that is more a lake than a river. There is no significant flow. It was originally a swamp. The Charles River dam was built because the marsh dried out in summers and stank to high heaven. Once the dam closes in the summer, it is a lake. The Charles River has less than 1% of the flow of the Merrimack River. Real rivers run deep. The average depth of the Charles is less than 20 feet. The Lower Basin, from the BU bridge to the Museum of Science, is like a large saucepan, excellent for heating the water.

Blooming cyanobacteria can poison and kill animals and humans. Cyanotoxins can also accumulate in fish and shellfish, and cause illness when eaten. Cyanotoxins are among the most powerful natural poisons known. They can cause rapid death by respiratory failure. The hepatotoxins, cytotoxins, and endotoxins can all be lethal. They are potential military biologic weapons. Dr. Elijah Stommel of Dartmouth has found cyanobacteria in the lungs of people who live near lakes with algae blooms.

Cyanotoxins are among the most powerful natural poisons known ... They are potential military biologic weapons. Click To Tweet

It is still illegal for individuals to swim in the Charles. The Department of Public Health forbids consumption of carp and bass from the river. When I fall in, I do get out quickly. And I don’t row when algae blooms. Children swallow about 4 ounces of water per hour when swimming. Below is a comparison of bottled water with Environmental Protection Agency A- water. Would you have a child drink that? 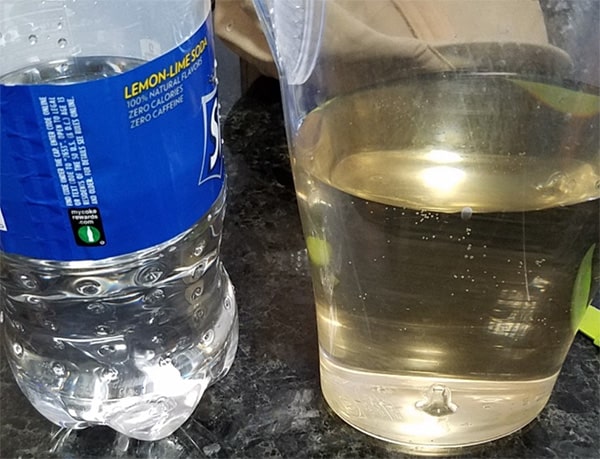 Professor Steven Chapra at Tufts has a model predicting increasingly intense algae blooms across the United States, with the greatest increase in the Northeast. Read this summary: http://www.chicagotribune.com/news/nationworld/ct-toxic-algae-20180622-story.html

As I look out my window on August 4 the green color is returning to the Charles. But if there is no full bloom this year, it doesn’t matter. That is half-the-point. No one knows enough about this poisonous species.

I will be working on the first Boston Run for Elephants scheduled for September 30th at the Chestnut Hill Reservoir. Most elephant herds around the world cannot replace losses to poaching by reproduction. I encourage you all to run, donate, or volunteer, or confront the difficult question “What will you tell your grandchildren when all the elephants are gone?” 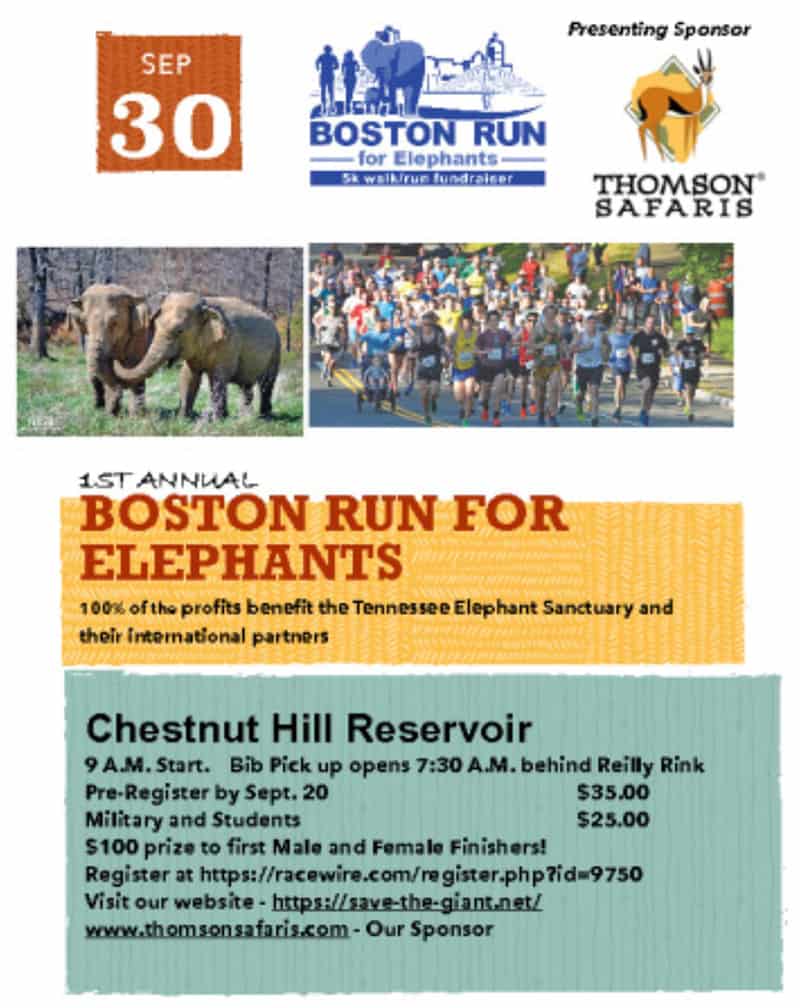