Turmeric for Brain Health? Not as smart as you think.

Turmeric is a spice used in curry. In large population studies in India, states that consumed more turmeric had less dementia (Alzheimer’s disease) than in the low-consuming states. Turmeric has become a popular supplement in America. But turmeric has an evil side, and unless you are aware of it, you may create more harm than good. 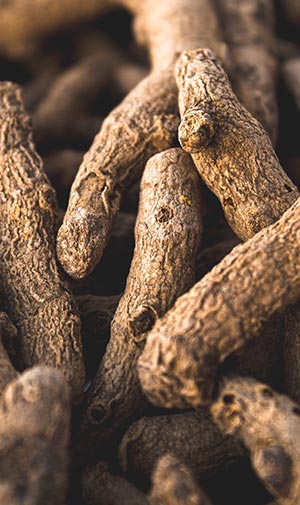 Turmeric has a high percentage of oxalate. Oxalate will bind calcium in the body and increase the incidence of kidney stones. There are no warning labels on turmeric, so caveat emptor. Some promoters claim turmeric can help kidney stones because of its anti-inflammatory properties. There is an anti-inflammatory substance in turmeric called curcumin; however, only about 3% of the weight of turmeric is curcumin. It does not affect the pain of a kidney stone.

Turmeric has an amazing affinity for heavy metals. Planting turmeric in a field poisoned by arsenic can remove the contaminants in three growing seasons. The good news is the field can be now used for new crops. Turmeric is so effective binding arsenic that it has been suggested as a treatment for arsenic poisoning. It doesn’t matter whether your turmeric was farmed organically or otherwise; unless the fields have been tested for arsenic before planting, or the turmeric has been tested for arsenic after the harvest, the risk remains. Slow arsenic poisoning from foodstuffs results in toxicity to almost every body system. In addition, arsenic is a known carcinogen associated with skin, lung, liver, kidney, and bladder cancer.

Courtesy of the journal Environmental Science and Technology (V53, N19) the presence of lead has been confirmed in turmeric manufactured in Bangladesh. The soil in Bangladesh is not rich in lead, so the conclusion is humans added the lead.

This puzzle was solved when the scientists realized the lead was in the form of lead chromate which is a brilliant yellow powder. Bright yellow curry is a prized dish. While many spices have additives, lead chromate has been banned as a food additive for decades.

The Good News – Curcumin from Turmeric

Three percent of turmeric is a substance called curcumin. These curcuminoids are the active ingredient in turmeric that is being studied for treatment of indigestion, ulcerative colitis, rheumatoid arthritis, osteoarthritis, seasonal allergies, depression, and delaying the onset of Alzheimer’s.

The problem with curcumin has been poor G.I. absorption. However, curcumin combined with black pepper (Bio Perrine), or with fat, or produced as nanoparticles, shows more than adequate oral absorption. Curcumin does have weak interactions with blood anticoagulants such as warfarin and can increase the anti-blood-clotting properties of nonsteroidal anti-inflammatory drugs.

Turmeric should be primarily reserved for cooking, and the label should be checked to ensure it was tested for lead and arsenic. The brightest yellow turmeric is not necessarily the best for health. Curcumin is the purified extract of turmeric. It does not contain the oxalates associated with kidney stones, or the heavy metals. It has many potential benefits that require more definitive testing.