Hypertension in America: A Network Solution

In my last newsletter, I explained how the new American Heart Association Hypertension Guidelines will fail to reverse our growing high blood pressure problem. Milton Packer, MD, cardiologist and provocative blogger on Medpage, has labeled it “The Fake War on Hypertension.” We don’t identify millions of hypertensive patients and fail to educate and treat the ones we do. This essay will cite successful innovative programs and outline a proposal to actually win the war.

The Majority of Patients with Hypertension are Not Controlled 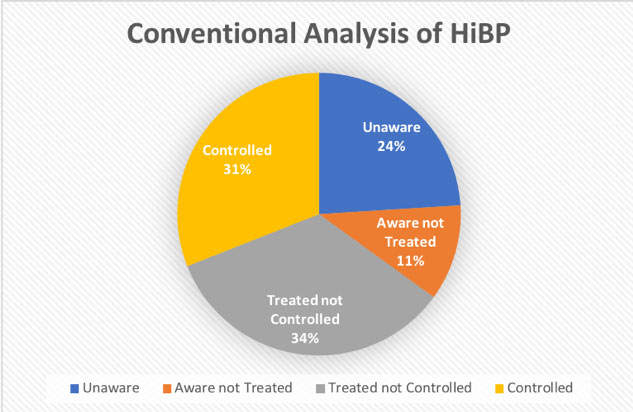 The real situation is actually worse. Using automated home blood pressure devices, we have learned that significant numbers of patients have “white coat” hypertension (higher only in the office), “masked” hypertension (normal in the office, but high outside the office), “non-dipping” (overnight) hypertension, and “progressive” hypertension, not due to disease progression, but from patients not taking their medicine. The data have not yet reached consensus, but a reasonable estimate is the real number of controlled hypertensives is only about 20%. That is 80 million uncontrolled hypertensives, or 1 in 3 adult Americans. This is failure, nothing less. 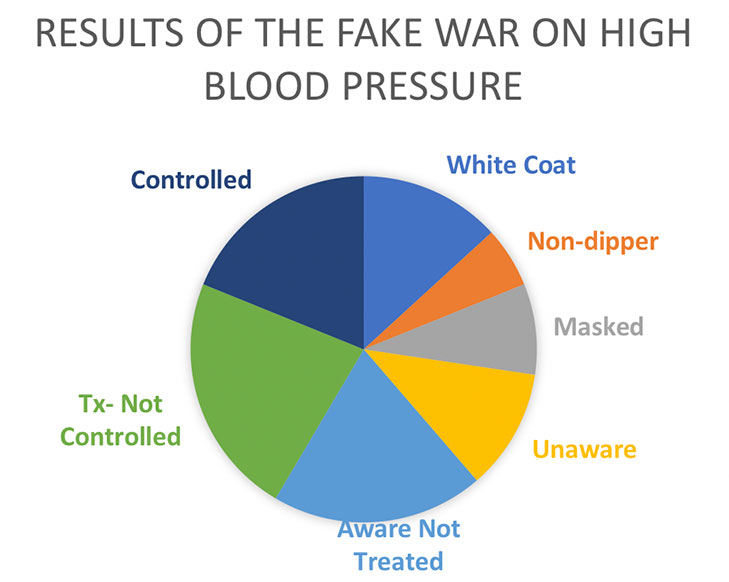 According to the World Health Organization, hypertension is the number-one risk factor for cardiovascular disease — not cholesterol or diabetes. Worldwide it is the greatest risk for death and disability. Hypertension is silent until it presents with heart attacks, strokes, and kidney failure. Forget the idea that headaches or nosebleeds are hypertension-related.

When we had a younger population, physicians had more time, and public health was better funded, office-based diagnosis, treatment, and outreach worked better. However, the incidence of uncontrolled hypertension continues to rise even though it is the most frequent diagnosis for medical office visits (55 million per year). The office-based system can be improved, but it is inherently limited. It is especially not suited for case-finding among the 24% of Americans who are unaware of their hypertension, or the 18% of Americans with no regular access to medical care (there is overlap between these two groups).

Estimates of the cost of hypertension are inherently flawed. While hypertension plays a crucial role in the development of heart disease, stroke, early mortality in diabetes, and Alzheimer’s disease, coming up with a precise weighting for the contribution of hypertension for each disease is perplexing. Consider the death of Franklin Delano Roosevelt. He was known to have extremely high blood pressure, congestive heart failure, progressive episodes of neurologic impairment (possibly a series of strokes), a progressive loss of vision to the left side, and an extramarital liaison. A ruptured cerebral aneurysm caused his death. With the exception of the extramarital affair, hypertension had a role in all of his premorbid illnesses, and definitely contributed to the ruptured aneurysmal the end. How much did hypertension contribute to each diagnosis? 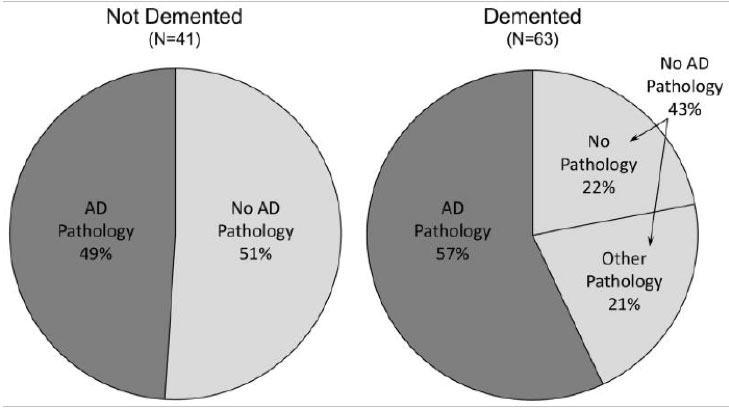 The cost of direct medical care and lost productivity of cardiovascular disease, stroke, diabetes, Alzheimer’s disease, and obesity are one trillion dollars. Hypertension is the major contributor to between 25 and 80 percent of each disease. So, if we toss a coin in the air, probability says it lands between the high and low estimate, or about one-half trillion dollars. As I pointed out in my previous newsletter, this is the gorilla in the room and no one is noticing.

The Kaiser Permanente Plan of Northern California has improved hypertension control from 44% to 90% over 13 years by modifying the clinic model. They created a hypertension registry: clinical performance via feedback and standardized treatment algorithms. They used specially trained medical assistants for two- and four-week follow-ups for treatment validation, modification, and education. They had their pharmacies compound medications, creating single pills, combining as many as three agents into one pill, to improve patient compliance.

The Kaiser Permanente program, with the ability to compound two or three medications into one pill, found that initial control of hypertension was more effective with two medications than one in 27% of cases. This reflects a growing understanding that hypertension is a complicated multiorgan and hormonal disease. The idea that the initial “step” in hypertension control should be a diuretic alone is losing favor. This idea is not new; every study of a “polypill” shows better results than individual medications. Two medicines in one pill work better than one and get taken with greater frequency. Pills sitting in bottles don’t reduce blood pressure.

During the study, the rate of heart attacks fell 24% and death from stroke fell 42%, reducing the leading cause of death (heart) as well as a leading cause of disability (stroke). The hypertension registry grew from 350,000 patients to 650,000 patients — an indication of just how many patients were overlooked under usual care. We don’t know how many cases are still missed because the primary point of contact was the clinic.

View from the Ground: Barber Shops in Black Neighborhoods

How can we find the hypertensives and treat them? In 1999, groups of Afro-American barbers were trained to use automatic blood pressure cuffs and encourage their clientele to get a BP check along with their haircut. Hypertension control in this otherwise “unaware” community was improved as 1 out of 6 customers achieved blood pressure control. However, in 16 years, there has been no utilization of black barber shops through state or municipal health agencies. There is still no consideration of organizations as diverse as churches or garden clubs.

However, the barber shop study used pharmacists to dispense medications. One of the contributing factors to the success of the barbershop program was that the hypertensive participants could go to their local pharmacy, answer a questionnaire, get educated by the pharmacists, and obtain medication. It was a triumph of consumer-friendliness — no office, no long trip to a medical facility, no waiting room.

View from Across the Pond: British Patients Take Their Own Blood Pressure

I have an automated blood pressure cuff similar to the one used in the study. It is utterly faithful when tested against a manual cuff in my office. Via blue-tooth, it sends results to my phone, from which I email the results to my doctor’s office. However, his Electronic Health Record only accepts manual entry of the data. Medicare mandated the medical system to spend 30 billion dollars on computers that can’t communicate.

If we can’t get patients to the office, bring the office to them

We all pay for every missed patient

All the low risk/unknown patients need annual screening. Patients with high risk and/or under treatment, based on the British model, need AM and PM blood pressure measurements for one week each month. Patients with significant illnesses, such as heart failure, need monitoring every day. Automated blood pressure cuffs should be the primary point of measurement, not medical personnel in offices. The cuffs would need several redesign features, including Internet or cell phone transmission capability. The devices could register the patient through a patient demographics, sign-in, chip or barcode. Designing features that would ensure proper positioning also need to be included. The cost of these instruments would be negligible against the cost of the diseases they prevent. Validation studies would be easy to design.

There are centralized points for data gathering, such as healthcare institutions, workplaces, prisons, the military, etc. With proper legislation, blood pressure measurements could be a component of interactions with state and federal agencies. This certainly would make the wait at the RMV more productive. And to find the theoretical last patient, we might be shipping BP cuffs to individuals (or their pharmacy), or by increasing funding of health departments and exploration of neighborhood resources.

Interpretation of these billions of data points would be an appropriate application for artificial intelligence, as well as tracking patients as they change addresses and jobs. Different healthcare agencies could efficiently use existing computer systems to implement artificial intelligence; however, I would insist programs be standardized and the data formats be interchangeable among all agencies. The lack of data interchange has made current Electronic Medical Records a drawback. Let’s not make this mistake again.

Once the artificial intelligence algorithm tags the patient as having an upward trend towards hypertension and/or high blood pressure, this information goes to their health care system, or to agencies capable of outreach, to state or local agencies, even their local pharmacy. Trained personnel of all stripes, including pharmacists, paramedics, first responders, nurses, nurse practitioners, etc. can contact the patient by phone, telemedicine, or email. This initiates a feedback loop for education and lifestyle changes. The emphasis here is these workers have time to educate patients. Education is key to compliance. Those patients whose progression reflects more complicated cases are reserved for physicians, who will be budgeted for extra time for these appointments. The multiple education iterations are crucial. Recall from the earlier essay the Finnish study showing that the major reason for non-compliance was lack of education time.

The Keys to Compliance

Patient compliance improves with education, feedback, and one pill per day. The freedom to create “one pill” solutions can also include “starter” doses. Adverse effects are proportional to dose, so starting with lower doses will convince many of the skeptical patients who start on low dose mediation with few, if any, side effects. As doses are increased, most patients’ physiology will accommodate to higher doses without side-effects.

There are numerous limiting factors to this proposal. How is it paid for? Will civil libertarians object to privacy concerns? How do we incentivize individuals to cooperate? How willing are healthcare institutions to accept patients, many of whom are uninsured? There is also a maldistribution of cost issue — the damage of unmanaged hypertension takes 10 or 20 years to cause disease, so Medicare shoulders most of the burden. But if a large-scale program is to succeed, all insurers will need have some skin in the game.

However, in a society where we pump our own gas, scan our groceries, and install software on our computers and phones, is it unreasonable to expect people to be able to take their own blood pressure? Some physicians have raised questions about the accuracy of home blood pressure machines; but the British study says otherwise.

We have the ability to analyze the data and match the level of education and intervention to the acuity of disease. While the office is the crucial component for the highest risk patient, we need a population-based intervention to characterize the at-risk patients and stratify their education, lifestyle, and treatment opportunities.

Put the Pressure On

Milton Packer, MD has rightly characterized this as a war. What I have described is an opening salvo. If one wants to fight a war, it needs to be on this scale. Common to all wars, the strategy and the resources will change as the engagement progresses. However expensive it might sound, any meaningful reduction in the one-half trillion dollar annual expense will justify the effort.

Any meaningful reduction in the one-half trillion dollar cost of hypertension will justify the effort... Click To Tweet