Will Statin Deniers Come to a Bad End?

The debate about the best way to treat/prevent heart disease has become caustic. Dr. Stephen Nissen, of the Cleveland clinic, has commented “There are a lot of people out there, particularly on the web, that I’d call statin deniers, like climate deniers, who say ‘I don’t care what evidence shows, global warming is a fiction.” He has joined an increasing chorus of cardiologists who want the rest of the medical community to use more and more statins. The Gold Standard for medical treatment of cardiac disease, as illustrated in the picture below, is the ability to open clogged arteries without surgery.   The Jupiter Trial (2008) demonstrated that Rovustatin could reopen arteries. Ironically, the coronary artery pictured below was opened with 32 months of a plant-based diet, under the supervision of Dr. Bob Esseltyn, also from the Cleveland Clinic. In the HATS Trial, in 2002, arteries were opened by niacin and simvastatin. So, there is more than one way to skin this cat. 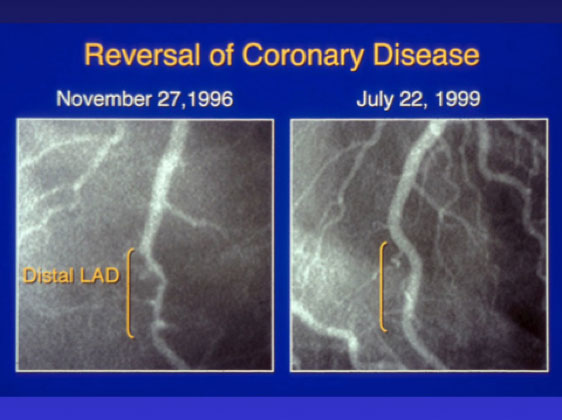 The statin skeptics have engaged in debate since statins were licensed in the 80’s, but they became energized in 2013, when the American College of Cardiology published a new Risk Estimator. The only intervention it suggested was increasing the amount of statins a doctor should prescribe. It also produced the shocking result that all males should be started on a statin at age 63; and all females at 68.  The ACC had defined the most widespread disease in developed countries as a “statin deficiency.” At the same time, some statically problematic papers appeared with statin side effects <1%, while doctors were faced with >10% incidence of muscle pain and “brain fog.”  Coincidentally, a new injectable LDL lowering drug was coming to market that would cost $14,000 a year (Repatha). For the anti-pharmaceutical bloggers on the internet, it appeared to be a conspiracy.

The medical community didn’t buy in. The American Academy of Family Practice published editorials extolling the benefits of lifestyle modification, exercise, and diet, as being equal to, or superior to, the statin alone conclusion.  Doctors in public health observed that starting tens of millions of older patients on statins would result in millions of patients with adverse effects.  Biologists observed that there was no single “LDL” particle; rather cholesterol traveled in families and subclasses (see below), and that other pathways to atherosclerosis existed. 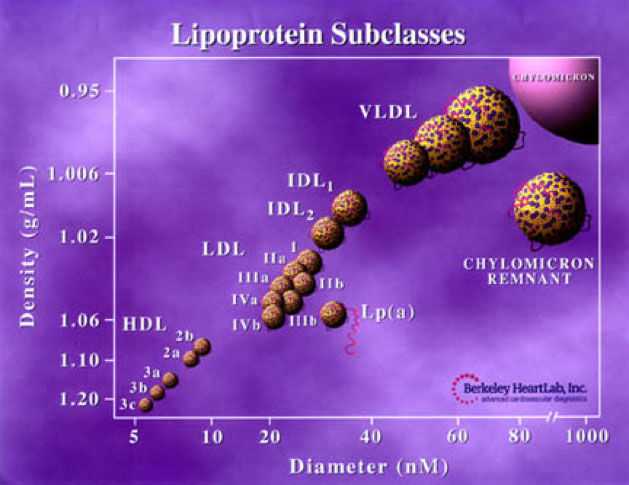 Fortunately, a study published in the April 2, 2013 issue of the Annals of Internal Medicine, by Alexander Turchin, MD, from Brigham and Women’s Hospital, added clarity to both sides of the argument. Approximately 20% of the approximately 100,00 subjects had symptoms/events related to their statin medication. Roughly half of these people (10%) stopped taking their statin.  The statin deniers tasted vindication. However, when the roughly 10,000 patients with adverse reactions were brought in for education, and were restarted on a different statin, or a different dose of the same statin, or interacting medications were removed, >90% are able to resume treatment.  The total number of statin intolerant patients was <1%. Not a happy conclusion for deniers.

Of course, statins have side effects.  Some statins have more side effects than others, but they also reduce LDL more. So, to indict the entire class of medications is a mistake. If you are taking any statin successfully, there is no reason to change. When doctors have the time to educate patients, start at reduced dosages, and match the type of statin to the individual, or use a supplement like Coenzyme Q 10, a side-effects incidence under 1% looks awfully good.

The “awful” part is that outside of the research environment, there is some concern that there is time in an office visit to do this. Christine Sinsky, MD, at the American Medical Association, has found doctors spend only 53% of their time talking to or examining the patients (and 37% entering data into their electronic health records or doing paperwork) in the average office visit. How much education/assessment can one do in 8 minutes?

Do statins have more benefits than statin deniers say?

For those without previous heart disease or hypertension – the primary prevention group – it is a different equation. In preventive medicine, the strategy is to avoid taking a healthy, asymptomatic patient, and make them less well with adverse effects. However, this healthy patient also has time for gradual dosage adjustment, medication substitution, and to lower their cholesterol with diet and lifestyle, so their ultimate medication requirement is less. Adverse effects increase with higher doses. There is also time to consider supplements like fish oil, niacin, etc.

Does every male over 63 and every female over 68 require statins? The answer for now is no, primarily because all the major trials stopped patient recruitment at age 70. We don’t have data to support putting statins on every table.

Atherosclerosis has been identified in Egyptian mummies. To ignore any tool that lowers its risk safely is foolish. LDL reduction with statins – done sensibly – is reasonable and efficacious. But it far from the only or primary way to proceed. Why isn’t there a recommendation for every patient who qualifies for Repatha to have ongoing lifestyle and dietitian consultation?